The Dawes bicycle brand offers you the unique blend of British heritage and outstanding performance. In 1906 Charles Dawes went into business with motorcycle maker Ernie Humphries. By 1926 Dawes Cycles Limited had been formed in its own right and the business hasn’t looked back since. Always operating from the Birmingham area, the company still has a limitless passion for quality, service and cycling. We concentrate our efforts on giving our customers the reassurance that their bicycle will give them great service and unbeatable value, a testament that is borne out by a host of independent magazine reviews.

Since 1983 Ridgeback has been building bikes for UK riders and has an unmatched reputation for innovation and quality. From high performance flat bar and touring bikes to comfortable commuters and children’s bikes, Ridgeback leads the way. Ridgeback launched the UK’s first mountain bike in 1983 and now we offer bikes to suit all cyclists. At Ridgeback we continue to look at everything cycling to make sure each new range meets the varied needs of today’s cyclists.

The key principles of Genesis are to create bikes that are functional and to let the function be the main focus of the design, to keep them as utilitarian as possible and to avoid trends like the plague. The Genesis brand evolved from one model in the Ridgeback range and is now a well established marque in it’s own right. A bike shouldn’t be a ‘statement’ and risk going out of fashion in two minutes. Primarily it’s a tool, whether for commuting, touring, racing, exploring the woods, or just getting lost on. Finally, a bike should be designed to be ridden hard with minimum maintenance and fuss even when riding in the toughest conditions.

Saracen is was one of the original British Mountain bike brands, dating from 1983, it was a market leader during the 90’s, but rather lost it’s way until the brand name was bought by Madison, the UK’s largest distributor to the bike industry, in 2009.

They totally re-invented the brand and now the range is very impressive and has been expanded to cover not only the original 26″mountain bikes but also 29ers, the new 650b wheel size plus road bikes, ‘cross bikes, BMX, jump bikes and a range of kid’s models.

In Frog’s own words: We are a small British company dedicated to making cycling fun for children. We believe that the lighter the bike, the easier it is for children to learn to ride, and to enjoy it more as they progress. Many children’s bikes on the market weigh nearly as much as the child!

So we set about re-designing the kids’ bike, sourcing a light but strong aluminium frame, and hand-picking components that offer a high performance without compromising the weight.

We sell bikes through independent bike stores throughout UK and Ireland, and increasingly in South Africa, Hong Kong and Germany, and directly to customers worldwide through this site.

The founders, Jerry and Shelley, are a couple who have 2 small children of their own – both keen cyclists. So they know something about what motivates children to get on their bikes! Since the first prototype arrived, the bikes have always been robustly tested by the children and all their friends.

Our environment is an important factor in all the decisions we make as a business, from recycled packaging to the green electricity we use in the warehouse and the office. We have plans to buy-back old Frog bikes, re-condition them and send them to developing countries – watch this space. Anything to keep old bikes out of land-fill!

Although still in our first year, we’ve been delighted to be named as Finalists in both the National Business Awards as New Business of the Year, and in the BikeBiz Awards for Cycling Brand of the year.  Thanks to everyone for their support.

Best known in Europe, Tifosi is the name given to fervent supporters of sport – primarily motor and cycle racing. With that same passion Chicken CycleKit produces some of the finest road and track bikes by fitting many components with the best brand names.

An excellent collection of ATB, road and cyclo cross frames and complete bikes, for those who want something a bit better than the main stream machines.

This exciting brand, new for 2015, is an off shoot of Ridgeback. There was a road bike model in Ridgeback’s range many years ago called Rapide, and the model has now given it’s name to a separate range. That is how Genesis began. There are 2 frames in the range, one alloy and one carbon, with 8 separate models with varying groupsets and finishing kits. The alloy framed bikes have carbon forks and mudguard fittings and clearance. This makes them an ideal starter road bike or a perfect winter/training bike. The carbon version has a price range from £1199.99 to £2999.99 and make excellent racing or sportive machines. also in the Rapide range is a couple of junior road/cyclo-cross bikes with 24″ and 26″ wheels.

Try Cycling was first opened 1987. We have been at our current location on North Road since 1992. Since then we have grown into a busy, vibrant local bike shop, with one of the best equipped workshops in the North. 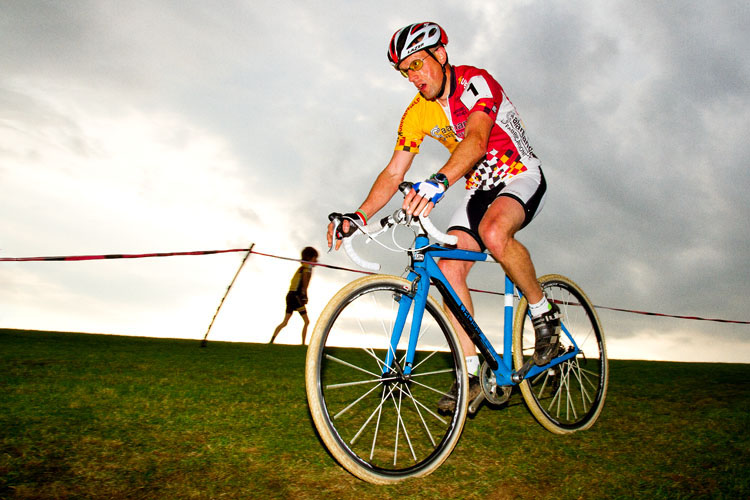